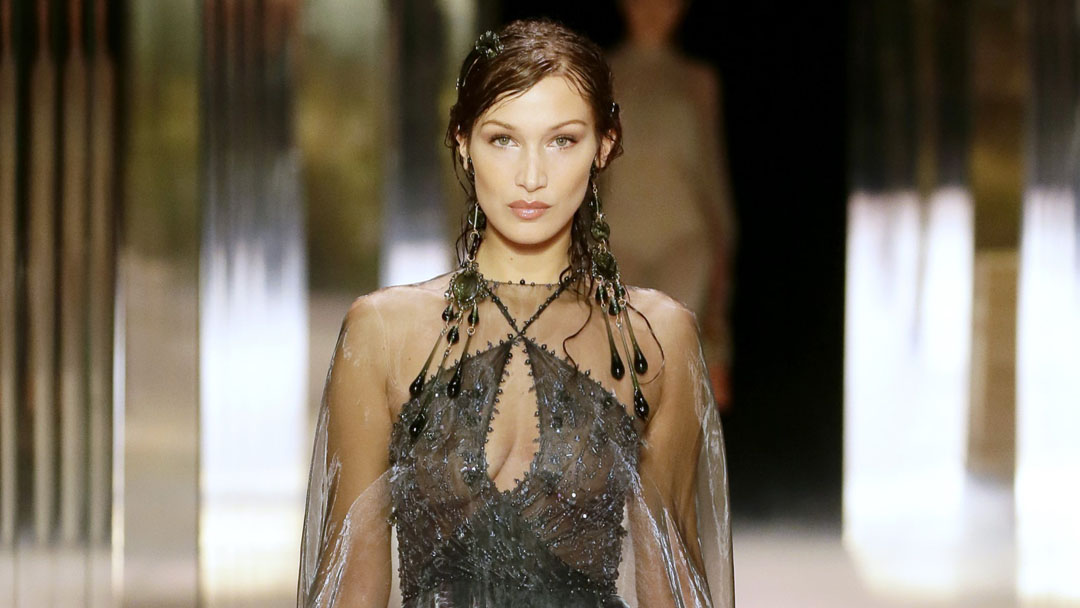 After being announced in SEPTEMBER 2020 that Kim Jones would join FENDI as the new Artistic Director of haute couture, ready-to-wear, and fur collections for women, anticipations are high. And well, he sure created headlines by putting top names like Demi Moore, Naomi Campbell, Kate Moss, Cara Delevingne, and Kate Moss for his debut at FENDI Couture.

The collection itself was an eclectic fusion of historical and art references. Kim Jones drew seemingly from diverse inspirations. The visual language of Bernini’s marbles to Virginia Woolf’s time-traveling, gender-blurring novel Orlando. The show navigated a unique journey from the British Bloomsbury to Rome’s Galleria Borghese.

The strong sheer accent of the collection was seemingly represented by the grand runway setting that imitates a large scale glass maze – that showcased many FENDI logos from above. Creating an iconic spectacle of its own.

Close friends of Kim Jones, Demi Moore, Kate Moss, and supermodel Naomi, who closed the show certainly enough to bring attention to this highly anticipated debut. Cara Delevingne, who left the runway years ago, also made a triumphant return by walking for the couture show in a rose and gray suit in a white and pink marble palette, layered atop an ivory silk tulle pleated shirt detailed with turquoise and bronze pearls.