Piaget is a luxury watches brand that operated by Time International in Indonesia. Time International prides itself on its commitment to the promotion and appreciation of horological culture, luxury fashion, and lifestyle. Time International manages some of the worlds’ most renowned brands and to date has nearly 50 brands under its wing. Learn more about Piaget brand below or discover more of Piaget Indonesia watches collections. 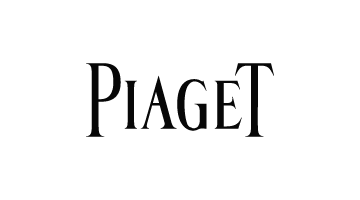 Piaget epitomizes daring creativity – a quality that has continued to permeate through the Maison since its beginnings in 1874. From his first workshop in La Côte-aux-Fées, Georges-Edouard Piaget devoted himself to crafting high-precision movements in a feat that formed the very foundations of our pioneering name. In the late 1950s, Piaget unveiled the ultra-thin movements that would later become the Maison’s trademark and the cornerstone of the Altiplano collection. As a true innovator of the watch and jewellery world, Piaget strongly believed in creativity and artistic values. It is within the walls of our “Ateliers de l’Extraordinaire” where master artisans continue to harness rare skills that have been preserved and perfected from generation to generation, transforming gold, stones and precious gems into dazzling works of art. Within this unique savoir-faire resides the craftsmanship demonstrated in Piaget’s haute horlogerie creations, they also feature the thinnest cases and the purest gems. Setting the standard in the field of fine watchmaking, these pieces exude the deep elegance of the Swiss Maison’s jewels.  Through its pursuit of masterful craftsmanship, the Maison has created emblems of daring excellence channeled into its collections including Piaget Altiplano, Piaget Polo, Limelight Gala, Possession, Sunlight, Piaget Rose and Extremely Piaget.
This timeless yet contemporary luxury pieces radiate with sophistication, a perfect companion for lovers of all things refined.