Designed by FENDI Artistic Director of Jewelry Delfina Delettrez Fendi, FENDI reveals the debut of High Jewelry designs from the House on the occasion of the FENDI Couture Autumn/Winter 2022 collection in Paris, France. In an ode to FENDI’s Roman heritage, the one-of-a-kind parure is a pure expression of light, movement, and the brilliant optimism of white and yellow diamonds. Shimmering amidst showers of precious pavé and baguette white diamonds, the inverted FF monogram designed by Karl Lagerfeld in 1965 emerges in a flash of natural yellow baguette diamonds within each design.

Consisting of a necklace, earrings, and cocktail ring, the FENDI Flavus parure orbits around a cascading, geometric assemblage of stones. Invoking the Latin term flavus, an ancient Roman signification for yellow, or blond, the harmonious accord of white and fancy vivid yellow diamonds creates a spectacular play of color and light. 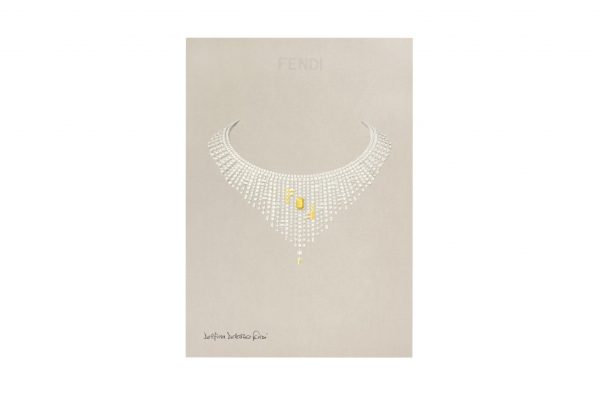 The Flavus necklace is a symmetrical pointed cascade in white and yellow gold, with a shower of articulated stems of alternating lengths suspended on a double strand of diamond solitaires. Comprising over 1000 stones, a large exceptional fancy vivid yellow emerald cut diamond at its heart is framed at opposing corners by the inverted FF monogram detailed in natural yellow diamond baguettes. Like a Roman fountain, this sparkling, fluid necklace fuses exquisite FENDI craftsmanship with Delfina Delettrez Fendi’s fascination with the relationship between kinetic forms and the human body. 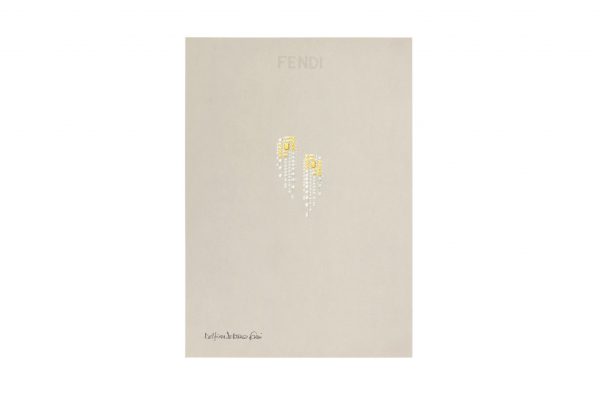 The Flavus earrings replicate the same undulating flow, in two mirrored cascades that each reflect the same precious expression of the FF monogram in yellow diamond baguettes around a central fancy vivid yellow emerald cut diamond. The Flavus ring reprises this device in a single bold 360° gesture. 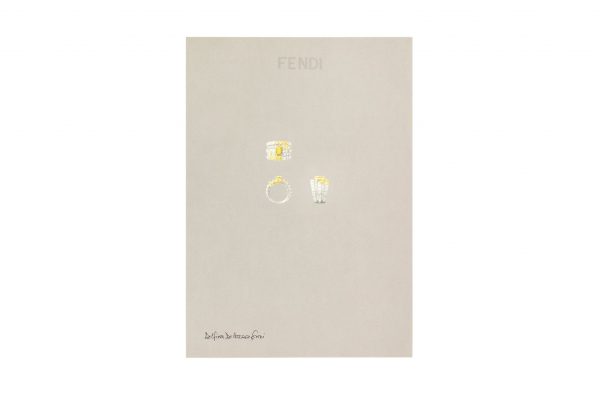 Rooted in Roman mythology, the FENDI Flavus parure, a first preview of High Jewelry from the House, melds the mechanical and the organic with a dose of sculptural, mid-century glamor from the Cinecittà.